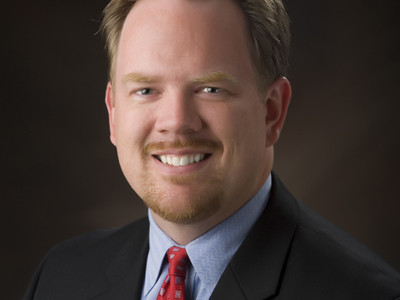 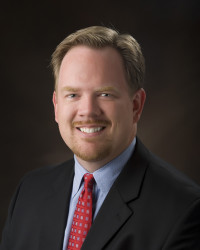 Kansas lawyer John Thurston has extensive training and experience on both sides of a DUI case. HeÂ is one of the few defense attorneys who has received actual law enforcement training in Standardized FieldÂ Sobriety Testing and DUI investigation. Twice he has completed the 40-hour DUI training given to everyÂ law enforcement officer in Kansas. He is also been trained as an actual instructor in this course. John hasÂ undergone the governmentâ€™s Drug Recognition Expert training, the coursework designed to determine if aÂ driver is under the influence of drugs, rather than alcohol.

John is one of only three attorneys in the Kansas who has completed the American ChemicalÂ Societyâ€™s Forensic Chromatography: Theory and Practice course. This intensive and rigorous courseÂ focuses on the theories behind blood alcohol testing. In addition to the classroom work, a large portion ofÂ the course takes place in a chromatography lab preparing and analyzing samples in the same manner as aÂ crime lab. He is one of only a handful of lawyers in the country who has earned the American ChemicalÂ Society’s Forensic Drug and Alcohol Lawyer Certificate.

John began honing his courtroom skills early on as a member of his law schoolâ€™s varsity mock trialÂ team, successfully competing against other schools around the country at multiple tournaments. Sincethat time he has conducted countless jury trials, bench trials, and motion hearings, obtaining successfulÂ verdicts and rulings on a regular basis. After prosecuting DUIs and other crimes for a number of years,Â John began defending the criminally accused and now limits his practice to criminal defense.

John recognizes that it is not enough to excel in the courtroom if one is to be a successful DUIÂ attorney. He regularly attends training around the country to further develop and maintain his skills inÂ cutting-edge DUI defense. He also teaches other attorneys DUI defense techniques and is sought out toÂ lecture on DUI and other criminal defense topics to professional and other organizations. John is regularlyÂ quoted in local newspapers on the topic of criminal defense. He has been hired to consult on DUI casesÂ out of state. He has handled thousands of DUI cases, from first offenses for people with no criminalÂ records, to those with multiple prior convictions, to those charged with DUI and Vehicular Manslaughter.

John lives in Manhattan, Kansas with his wife Elizabeth and their four amazing children. When not inÂ court John enjoys traveling with his family, scuba diving, smoking his famous ribs, running halfÂ marathons, attending both Kansas Jayhawk and Kansas State Wildcat basketball games, and getting beat atÂ various video games by his children.